Posted on September 4, 2015 by Florida Council on Compulsive Gambling under Uncategorized

The final preseason games have been played, which means that the NFL season in upon us. Professional football has become a staple of American culture. Every Monday, Thursday, and of course Sunday, millions of people will tune into watch their favorite team.

Actually that last sentence is not totally true… Millions of people are now tuning into watch more than just their favorite team, they are attempting to consume as much football as they can. Over the course of the last few days, a bunch of my friends have ordered a comprehensive NFL viewing package, giving them access to every snap, every game.

Over the last few years it’s been hard to get a lot of my friends to do anything on Sundays aside from sitting glued to the television for hours. My cohort of friends usually spends the weekends on the golf course, but football has robbed me of precious time with my buddies (during football season).

I’ve begun to ponder the change in behavior… My buddies have not always been like this… Why the sudden need to stay fixed to the television, with their iPads or computers nearby? They have become fanatical, often letting certain outcomes ruin their entire day and sometime week.

What has changed you ask?

Why have all my friends become SUDDENLY OBSESSED with NFL football?

The answer is quite simple, maybe you’ve even guessed it by now.

They all play fantasy football.

It’s been interesting to observe the change in many adults in regard to how they consume football. My friend Eric used to just watch the Dolphins play. Now he watches six to seven games a weekend, because he has players from his fantasy team on each squad. But the change goes deeper and is more troublesome than that. Eric is no longer fun to watch football with. Watching the game has transitioned to something like a job for Eric. Over the last three years Eric has increased the amount of money he devotes to fantasy football…

Eric’s happiness is tied to player outcomes. He has become more withdrawn from the group and physically cannot leave his couch on Sunday’s.

I wonder if fantasy football is becoming the gateway activity in problem gambling.

If I were to read a research study which concluded that participation in daily fantasy football increases the likelihood one will develop a gambling problem, I wouldn’t be surprised at all.

Like every first Sunday of the NFL season for the past three years, I’ll be playing golf alone.

Maybe the next wave of addiction prevention educational materials that come out will put sports gambling in the same vein as cannabis, the original gateway drug.

*** As always, if gambling is becoming a problem for you or someone you love, please give us a call at 888-ADMIT-IT. We operate a 24/7 multi-lingual helpline. 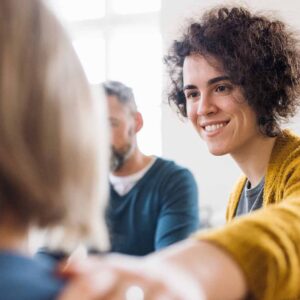