September 5th-11th is National Suicide Prevention Week and in Florida alone, suicide was the 8th leading cause of death in 2019, representing more than 3,400 residents who took their own lives. Suicide in Florida also remains the second highest cause of death among people ages 10-34, followed by homicide, cancer, and heart disease [1].

Compulsive gamblers have the highest suicide rates among all addictions and the impacts of a gambling addiction extend far beyond the gambler to loved ones. According to the National Council on Problem Gambling, one in five people experiencing problems with gambling attempt suicide.  This is about twice the rate of suicides as reported with other addictions. In one study, two-thirds of gamblers surveyed reported that their mental health suffered because of their gambling [2].  Moreover, nearly 37% of those experiencing a gambling problem and 50% of those with a gambling disorder have had suicidal thoughts [3].  Further, the majority of those experiencing a gambling disorder have a lifetime history of a psychiatric disorder. More specifically, beyond struggling with gambling [4]:

Generally, people who struggle with gambling problems are also at higher risk for other mental health disorders.  Unfortunately, in the latter stages of the disorder, the impacts of a gambling addiction often leave people feeling despondent and hopeless, leading many to believe there is no way out.

It is important to know that talking openly about suicide with someone you love can be lifesaving.  Asking those you care about direct questions, such as, “Are you thinking about committing suicide?” often minimizes the anxiety and acts as a deterrent to suicidal behavior.  Just remember, no matter how difficult or dire your circumstances may seem, there is help and hope available around the clock. You are not alone, so don’t delay because the assistance you secure today can change the rest of your life.

If you or someone you know is struggling with thoughts of suicide, contact the Suicide Hotline at 800-273-TALK (800-273-8255) or by chat, https://suicidepreventionlifeline.org/chat/. For those in need of supports for a gambling problem, the FCCG’s 24-hour Confidential and Multilingual Problem Gambling HelpLine can be reached at 888-ADMIT-IT (888-236-4848), by text (321-978-0555), email (fccg@gamblinghelp.org), live chat (gamblinghelp.org), via the 888-ADMIT-IT App, or on social media platforms, such as Facebook and Twitter. 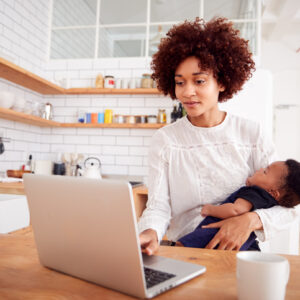 Recovery Can Take Many Different Forms – As Long as It Works for You!