Posted on May 10, 2019 by Florida Council on Compulsive Gambling under Mental Health, Problem Gambling Awareness

TV series and movies often glorify gambling, showing the hero or heroine as the smooth roller. Think Casino Royale from the James Bond series or Ocean’s Eleven. But a past episode of Showtime’s Dexter followed a slightly different path.

If you’re not familiar, the Dexter series is a crime drama mystery that takes place in Miami. Protagonist Dexter Morgan, played by Michael C. Hall, is employed by the Miami Metro Police Department but leads a secret life as a vigilante who delivers justice to murderers and other violent criminals who have escaped the legal system.

Season 3, Episode 8: The Damage a Man Can Do

The Season 3 episode features scenes in the fictional Oceanfront Casino, where Dexter’s friend and Assistant District Attorney Miguel Prado (Jimmy Smits) identifies the next target, Billy Fleeter. Billy is a former college football player who was kicked off the team after his drug addiction was discovered. He later took up gambling, which became a problem for him as well.

The plot details the numerous occasions when Mr. Fleeter got himself into trouble, including getting into fights at the casino and in his home, where he managed to dodge charges of assault and battery. He formed a habit of hanging out in Oceanfront Casino and placing bets, all the while running up debts with the Nardo crime family.

To pay off his own gambling debt, Billy made an arrangement with his bookie to kill others who weren’t able to pay their debts, including an elderly school teacher, a mother of two, and a man named Dillard Nessman, who also suffered from gambling addiction.

While investigating, Dexter and Miguel discovered a gambling ledger in Billy’s home that showed his recent losses of $30,000, which led to his murder of Dillard. This becomes the justification for Dexter and Miguel to exact revenge on Billy at the conclusion of the episode.[1]

Dexter May Be Fiction, But the Issues That Accompany Gambling Addiction are Real

Though the show’s plot is fictional and designed to be entertaining, this episode portrays several very serious issues that actually present with gambling addiction, beyond financial difficulties.

For example, Billy Fleeter’s problems with substance abuse highlight the high incidence of comorbidity among disordered gamblers. Recent research reveals that those with lifetime Gambling Disorder have highly elevated rates of comorbid psychiatric disorders, including 73% who met the criteria for Alcohol Use Disorder and 38% who were suffering from Drug Use Disorder.[2]

Gambling addiction negatively affects an average of eight to ten people, including family members, friends, co-workers, and others. In the show, we see that unveil in Billy’s violent behavior and fights. Pending circumstances, family neglect, domestic abuse, and child abuse can also be associated with compulsive gambling.

As a crime drama, Dexter focuses most heavily on criminal activity. Unfortunately, that too can be a symptom of problem gambling. Those suffering from the Hidden Addiction can and do resort to illegal acts – embezzlement, fraud, theft, selling drugs, etc. – to make up for the financial losses incurred while gambling, which perpetuates a cycle of chasing losses.

Removing the Stigma and Sharing the Resources

This Dexter episode portrays the character with the gambling problem as an antagonist who has committed heinous crimes. When it comes to real people that suffer from disordered gambling, we must work to remove the stigma that blames the individual and instead help them battle this serious behavioral addiction with support and helpful resources.

If you or someone you know is struggling with a gambling problem, call 888-ADMIT-IT (236-4848) and talk to someone who understands this issue and can offer a wide variety of helpful resources. Florida’s Problem Gambling HelpLine also operates the Peer Connect program, which can connect gamblers and their loved ones to those who have gone through recovery for the Hidden Addiction. Visit gamblinghelp.org to learn more. 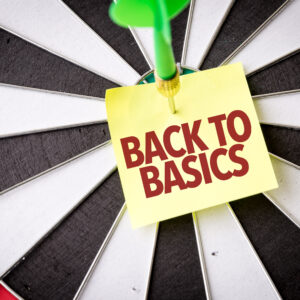